Jack planned last year’s tour in Minnesota after RAGBRAI, so the task logically fell to me this time around. I had no idea what difficulties I was about to encounter.

Spent most of the month of June in Europe. I’d hoped to do some planning while away, but that’s really hard to do in a foreign land surrounded by great family, great scenery, great food, and much activity.

I finally arrived home in early July with planning as my top priority, and soon felt it crash in on me. A simple look at Day 1 out of Jasper revealed no vacancy at any motels and completely filled campsites, reserved months in advance. Bring on the anxiety.

In fact, I wouldn’t normally post about planning a bike tour, but figured this information might be useful to someone else trying the same thing.

By navigating the Canada Parks Service websites, I learned that most of the park campsites are first-come-first-served (1C1S). Camping forums then told me that all the sites are typically taken as early as 10AM by motorists, who then return later in the evening. On bicycles, we would have no such option. 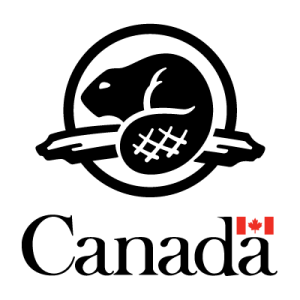 A few of the park campsites do take reservations, but every single one within riding range of Days 1-4 was fully reserved. Rachet up the anxiety. Where are we going to tent? I finally found a lone open site available in Kootenay National Park for Day 5 and snatched it up.

I called both the Canadian Park Service in Quebec and the Banff Visitors Centre seeking advice. A series of transfers finally had me talk to a nice female ranger who explained that CPS does not want us to stealth camp in the national parks, and they know we will if we’re forced to. Therefore, campsite rangers are instructed to accept bicycle and hiker tenters as much as possible. She advised me not to go to the 1C1S campsites, but rather those that accept reservations only, and we’d likely be accommodated.

While that’s some solace, it still leaves us on unfirm footing. Our ~60 mile per day limits won’t put us in range of reserve-only campsites until Day 4. So, again, where to plan to tent?

I spent a good week sweating the plans for Jasper to Banff (Days 1-4), which unfortunately also fell over a holiday weekend.  Internet digging finally found hostel bedding on Days 1, 3, and 4 and so I made reservations, figuring to cancel those reservations if the tenting was more accessible than it appeared. No secure option existed for Day 2 – we’ll just have to tent – somewhere.  Stealth, or arrange a “sub-lease” on a site, something like that.

Once out of the national parks, the planning was a little more normal. I secured a handful of reservations at a handful of campsites plus 1 motel along the route with little issue. Some campsites said they could accept us without reservation.

The only other snag was around Glacier National Park Days 10-11. Same issue – the in-park campsites were fully reserved and/or fill up early. For Day 10 I finally found an available RV park in nearby Babb MT, and for Day 11 I found a single site open at a KOA in West Glacier and grabbed it.

Most tours are not like this.  It’s usually straightforward to find camping or a motel somewhere and reservations are often unnecessary.  Unfortunately, riding through the national parks in prime summer season (and on Canada’s 150th anniversary) presents a special challenge.   A real pain to get it set up this far, and I’m still nervous about the uncertainties.  It will have to do.