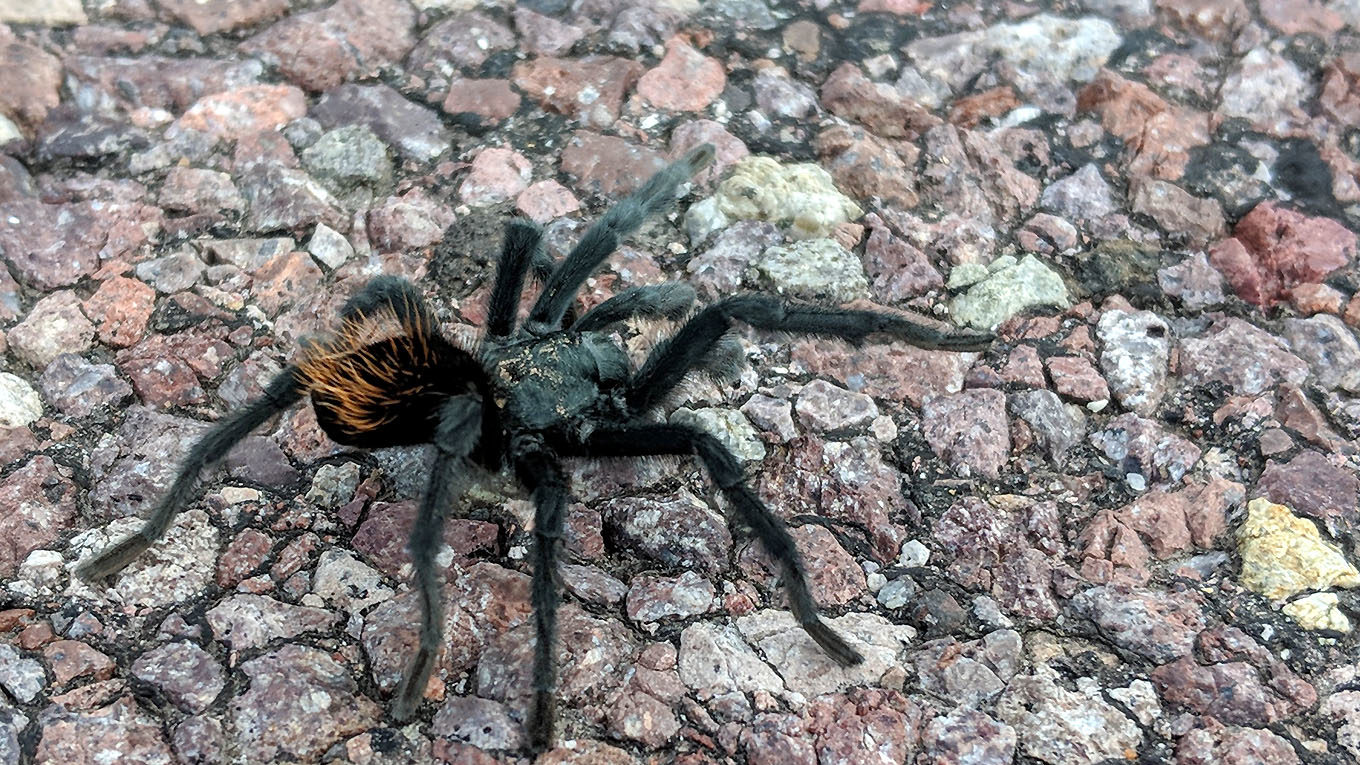 At times it rained pretty hard last night. We’ll see what the day brings. Did I say it’s cold up here? Wow. Morning low 34F, only 4 degrees above the Springerville record.

We decided to leave a little later than usual to hopefully let it warm up a little. Breakfast at the ABV trough, then off to Safeway for ride provisions, then a c-store exiting town. As you know, there are exactly no services at all on day 1, just a long stretch of open road.

I’m always surprised how much effort it takes to go the first 14 miles to the New Mexico line. But now, looking at Jack’s cyclemeter app summary (see below), I can see more accurately the hill climbing involved on the Arizona side. It’s basically a 350 footer, a 200 footer, and then a 450 footer, plus noise, to get to NM. On a previous writeup, I’d described those hills as “several hundred foot hills,” which Jack joked to mean “several hundred foothills.”

Check off a new state for Jack! Of course we stopped at the state line for obligatory selfies.

I turned around once to snap a tarantula. He was sorta scrawny looking and, since it was in the 40s, I presumed he was crawling around the street because it was warmer.

We made a few stops along the way, mostly short little “constitutional” stops to let some blood flow back into the legs or grab a snack. Even at a more defined rest stop, we only stayed 10-15 minutes. Lunch? Fig Newtons, Wheat Thins, Gatorade, Pepsi, you know the usual. We downed water, of course, but not all that much in these temps.

Riding in the 30s and 40s is cold, but Jack and I were well prepared with thermal layers and full knit gloves. As a final layer, adding a rain jacket adds lots more warmth. Indeed, we did see some light rain, and even some momentary hail. The land is wide open here, and today’s best feature was the magnificence and variability of the clouds.

A 10 mile stretch climbing some 700 feet is near the end of today’s ride. It does so in stairsteps, so-called “false tops,” but with patience we managed them fine. As a comfort, I was riding with the knowledge that today’s ride practically ends at the 42 mile mark, because the remaining 6 miles are a giant downhill into Quemado. Yippee!!

In for the night at the Largo Motel in Quemado. Motel operations are now moved out of the restaurant to a separate office. Checking in, we found our room with new carpeting, alleviating some of my concerns [I’d almost certainly been bitten by bedbugs from here in July]. Nice to see the progress for sure.

I’m usually energized after riding, but today I was somehow deeply tired, and soon conked out for an afternoon siesta. Jack was even surprised – he knows my patterns pretty well by now.

Dinner at the Largo Cafe. A new menu eliminates my favorite item, the sirloin steak, which was a small disappointment. But no worries – the pork chops are fine. Jack wolfed down cheese and chili quesadillas.

How are we feeling? Pretty good. I feel undertrained this time around, but am keeping up just fine. A little more sore than I would like, and the ol’ knees are twingy as usual. We’ll see how tomorrow goes.